The Dynamics of a Writing Session 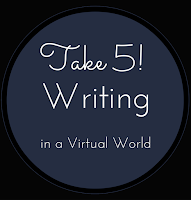 Each writing group has its own way of interacting. At first, it may feel like you’re an outsider. People talk about writing experiences they went through together, about workshops they attended together, and you feel you don’t belong. However, don’t give up.

1. Listen – Try to become a part of the group by first listening. You’ll get to know the group members and they’ll understand you’re not there to disrupt the balance they have established within the group.

2. Show Up Regularly - There are a lot of people who drop by once and then never return. Showing up for all the sessions is one of the best ways to quickly being taken as a member of the group. It’s interesting to notice that some writers’ Real Life (RL) doesn’t allow them to attend all the sessions, but they are still seen as members, because they do come back weekly.

3. Go With The Flow – When you start attending a writing group, follow its guidelines. Giving suggestions to improve things is great, but understand that some might find it uncomfortable when these come from someone new to the group. Some might see it as a criticism to something that, in their opinion, is working fine. As soon as you’re familiar with the way everything works, then go ahead and be an active contributor to the way the group functions.

4. Be Positive – There are good days and there are bad days. Sometimes people attend the write in, but they don’t feel like writing. Sometimes they write only a little. Sometimes they are disappointed with what they’ve written. Always offer a word of encouragement. Avoid using the negative. “You haven’t been writing much in the past few days, but that’ll change. You’ll see.” Although seemingly encouraging, this sentence states that you consider what the other has been writing as somewhat of a failure. Instead, value the 10 words he/she wrote. One sentence. It’s still writing.

5. Offer Feedback When Asked - Many writers attend write-ins to establish a writing routine. They are not necessarily interested in either sharing their stories or knowing what your opinion about them is. It’s not a matter of arrogance. Sometimes they simply cannot share their material because it’ll be published or because it’s part of their RL jobs. However, they’ll sometimes ask for ideas, help, or an opinion about something specific. When asked, offer honest and direct feedback. To say “I liked it” or “Well done” is ok, but try going beyond that.

Question: I got to know my fellow writers and feel I’m a part of the group now.
Is it ok to talk about them to others who are new to the group?
Never volunteer info about other writers’ RL or their ongoing projects without their permission. They might say something about their life and their writing, considering those who are present at that particular time at the write-in; that doesn’t mean they want that information to be share with people they don’t know directly.